Organic Food: The God That Failed

Genetically modified foods (GMOs) are safe. If you don’t know, now you know. So what is the big deal about organic food as it relates to their oft-maligned GMO counterparts?

In 2013, Whole Foods made 12.9 billion dollars in sales. That’s a lot of money. In recent years, people have been buying the shit out of organic foods and buying the hype. But what does “organic food” mean in terms of what you’re buying at the store? Organic farming, in general

[F]eatures practices that strive to foster cycling of resources, promote ecological balance, and conserve biodiversity. Organizations regulating organic products may choose to restrict the use of certain pesticides and fertilizers in farming. In general, organic foods are also usually not processed using irradiation, industrial solvents or synthetic food additives.

So this isn’t to say that it’s completely pesticide free. In fact, there is a list of what actually is allowed for use in organic farming. A hefty list, at that. On top of that, some of the allowable pesticides can be harmful with the right dose.

Moreover, at least when it comes to vegetables and grains, organic crop yield was about 25% less when compared to conventional farming.

Where in the hell does the hype come from, then? It’s all part of the marketing plan, of course. If this current election is any indicator, Golden Age Fallacies resonate with people. A Golden Age Fallacy is one that shines a positive light on what were actually shitty times to be alive. For example, anyone who says they would have liked to have lived in pre-revolutionary France is full of shit. Why? Because despite the romanticizing of the time, they would statistically be a peasant. A malnourished peasant with no teeth. Or how about that time before the year 1993 when spousal rape was legal in a few states?

The best example of a Golden Age Fallacy is the Paleo Diet. The era in which people died young and lived hard, and didn’t know what the fuck a pancake was. Yeah, that sounds hunky dory. Having said that, when you see that picturesque farmland with big ass yellow sun on your organic milk, you’re buying into a golden age fallacy.

To sell something is to tap into a consumer’s emotional state. Companies do this all the time. Last century, Listerine marketed their mouthwash using the term “chronic halitosis.” Sounds scary as hell. They made a commonly accepted thing—bad breath—and fabricated a need for a product based on fear of having rank breath. As a brief aside, Listerine is so powerful that if you eat ass, a quick rinse with it will clean your mouth and tongue right up. Suffice it to say, I am glad Listerine exists.

When you appeal to people’s common sense on a surface level, it becomes very easy to see how this works. Using terms like “playing God,” “Monsatan,” or “tampering with nature,” can be scary sounding. Organic food does this. When you go to Whole Foods, you can get a step rating on the animals that you buy. This details the welfare of the animal, with step five being the best (and most expensive) you can buy. Coupled with fear that the anti-GMO crew tries to promote, it’s a powerful selling tactic.

An examination of the evidence shows that there is no difference between the nutrients of conventional food when compared to organic food. The main difference is the price and where it’s available. And it’s classist. Moreover, to tell someone who has more important shit to worry about that they should buy organic is also classist.

In Florida, we have Publix. Shopping is a pleasure there, but it is also pricey for some things. Yet people shop there. Like many other places, we have Wal-Mart, too. Not only that, but we have Trader Joe’s and Whole Foods.

When it comes to price, Wal-Mart is the lowest. For a pound of lean ground beef, it runs anywhere from $4.95-$5.95/pound of beef (not organic). And you can find Wal-Marts everywhere, including the most economically depressed neighborhoods. And when a Wal-Mart arrives, I usually bitch about the traffic it will cause, but at the same time, I am glad that it will help create jobs. And while there is much to say on the way they treat their employees, at some point, any opportunity is better than no opportunity.

You can find Publix almost anywhere in Florida as well. Including economically depressed neighborhoods, as well as gentrified areas, and anywhere else you can think of. While the price for my aforementioned ground beef might be anywhere from one to two dollars higher than Wal-Mart, the advantage of going to Publix is that you don’t have to go into Wal-Mart. Now, both places offer organic food options, with Wal-Mart being less expensive on that front as well.

If it’s a Whole Foods or Trader Joe’s you’re looking for, you damn sure won’t find them in an economically depressed area. Sad too, Trader Joe’s is comparable in pricing to both Wal-Mart and Publix on some of their items. And they treat their employees well, in addition to forcing them to wear tacky Hawaiian shirts. But face it, if you are poor, you won’t be buying much from Whole Foods, except maybe a chocolate bar from their check out counter. In 2009 when I was broke as fuck, living on a couch, I knew organic was the way to go. But I opted for Publix because of the lack of funds. I will note that I was privileged enough to make that choice over Wal-Mart despite being broke.

So if organic is the way to go, how do we make it available to the poor? I don’t think it should be. Not with conventional food being cheaper than organic food, anyway. Not with GMOs being able to feed a lot of the world with efficiency.

In some areas where food is most needed, GMOs are banned in some instances. While it is in large part due to fear mongering, we can’t fault the countries themselves for enforcing their decrees on the labelling and banning of them. The governments are, after all, acting on behalf of their people.

Education, of course, is the answer. We go over basic chemistry in public schools while growing up. In my hometown, they even offered agriculture programs, like the Future Farmers of America (FFA). Both of these areas would be great places to start, since the two subjects are involved in our food supply.

Until then, look past the hype and buy whatever the fuck you want.

Did you Love this? Sign up and get updated on all my doughnut related shenanigans and writing: 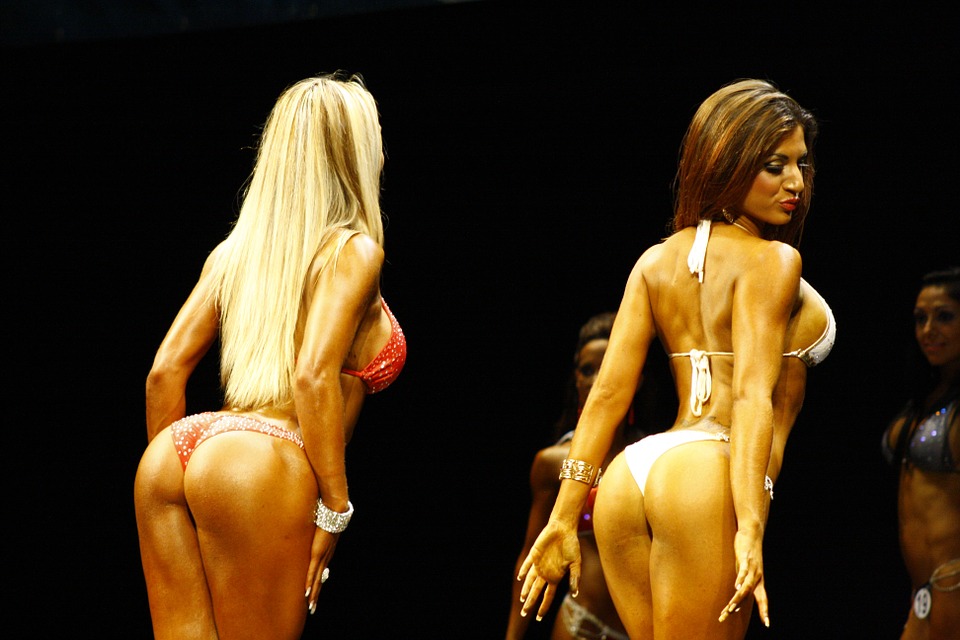