The High Price of Meal Plans

Every Sunday my grandmother would cook spaghetti for the entire family. Without fail. Allegedly, this was a tradition in the family dating all the way back to our time in Sicily. In addition to that, growing up in the South led my cousins and me to have many breakfasts consisting of grits and eggs. Sometimes ham, too. But I hate ham. It’s bacon’s bastard cousin. And it’s overrated.

My great grandfather, sometime in the 1950s, remarried. Irma, his new wife, was a redneck. Straight out of the south, she was forged with grit and chicken grease. Peter Di’Giorgio (now you know what the “D” stands for in my URL, by the way) and Irma couldn’t have children due to her being infertile. As a result, Peter (I called him “Pop,” as did the whole family so I will refer to him as such from here on out) and Irma raised my father, one of my uncles, and one of my aunts for the first decade of their lives.

In that environment, my dad got to eat a mix of Southern and Italian foods during his childhood. When his third marriage came around, and he and his wife banged, I came into being. In 1988 they divorced and my dad raised me. He was a health conscious guy with respect to what was en vogue at the time—low-fat foods and the like—so his entire upbringing combined with that reflected in what I ate as a kid. Not only that, having Grandma live in the same hood made it super easy to eat her real food and healthy lame ass versions of real food that my dad cooked. So I did both. I wanted authentic taste, and I wanted dad to think I gave a shit about my health. And I got fat.

But I still had a lot of different associations with food, family, and feelings and all that. Some of them I like to keep. Others—like spaghetti—I am fine with limiting to once every other year or so.

So you went to the gym and hired a trainer. A guy who is not as good looking or as learnéd as I am. In an effort to make more money off of you, he gives you the most brotastic meal plan possible. Complete with fewer calories compared to what you should be eating and an utter lack of variety, said trainer hands you this piece of paper and says with a ghastly, grim, and ominous tone “Eat of these foods six times daily, or it will be the death knell for you.”

Not wanting to upset this modern day Poe, you comply. You eat your chicken titty, brown rice, and broccoli with the sense of duty to rival Ned Stark. You eschew hangouts with your friends due to your newfound asceticism.  If you’re lucky, the bro might give you a given day to have a cheat meal. So you might get a night out with your friends so you can knock back a few Long Island iced teas. And after whatever prescribed day this challenge lasts, you might have some OK results to show for it. And you feel like you’re missing something.

For one thing, it is the height of irresponsibility for someone other than a registered dietician to give you prime directives on what to eat. Anything else should come from suggestions from people like me, and more importantly, what you like and can tolerate.

It is possible to get lean and have some fun with your diet. The more extreme you take it though the less fun it becomes. But it doesn’t last forever. And this in no way means that you have to give up your rich, cultural and family traditions either. Having a predetermined set of meals to eat over the course of time can really stifle that, and in turn, wreck part of your identity. Nobody wants that. Not only that, but it is possible to eat well and have foods you like.

One other problem I note is that people aren’t accustomed to tracking their foods. If you aren’t getting the desired results you want and you can’t tell me what you ate last week, there is a disconnect. If you want to lose fat and you are not and you’re not tracking your food intake—be it with a pen and paper or your camera phone or an app—you’re straight fucking up.

Every Sunday my uncle Malcolm would get a plate of spaghetti along with the rest of us. Malcolm wasn’t the height of the obesity epidemic, but he wasn’t exactly skinny. In fact, he looked like a rejected member of Skynyrd, with his long mullet and protruding beer gut. So when Uncle Malcolm got his plate of spaghetti, he piled that son of a bitch sky high. Right after filling his plate to the brim, he would deftly stack four pieces of garlic bread on top of that. Upon finishing, he would grab seconds. You can see the correlation between his described appearance and his eating habits, right?

Most of us can still enjoy our Spaghetti on Sunday. There is a better way to go about it than the Uncle Malcolm method, though. Perhaps having a moderate portion of spaghetti in lieu of the skyscraper portion is a good start. (And please don’t fuck around with “healthy” versions of pasta.)

If you’re after the bare minimum of stuff you can do to get a bit leaner, you can go the Jim Brown route. Jim is a bad ass dude, and I have no idea what his website is or if he has one. He is  an internet recluse. But, he said that you can’t go wrong with meat and green vegetables most of the time. Didn’t give a specific time frame, but 80-90% should be a good rule of thumb.

Want more flexibility? Track your macros and experiment more. But don’t lose yourself and your beloved traditions in the process.

Get some free stuff, and let’s talk about doughnuts when you sign up for my updates: 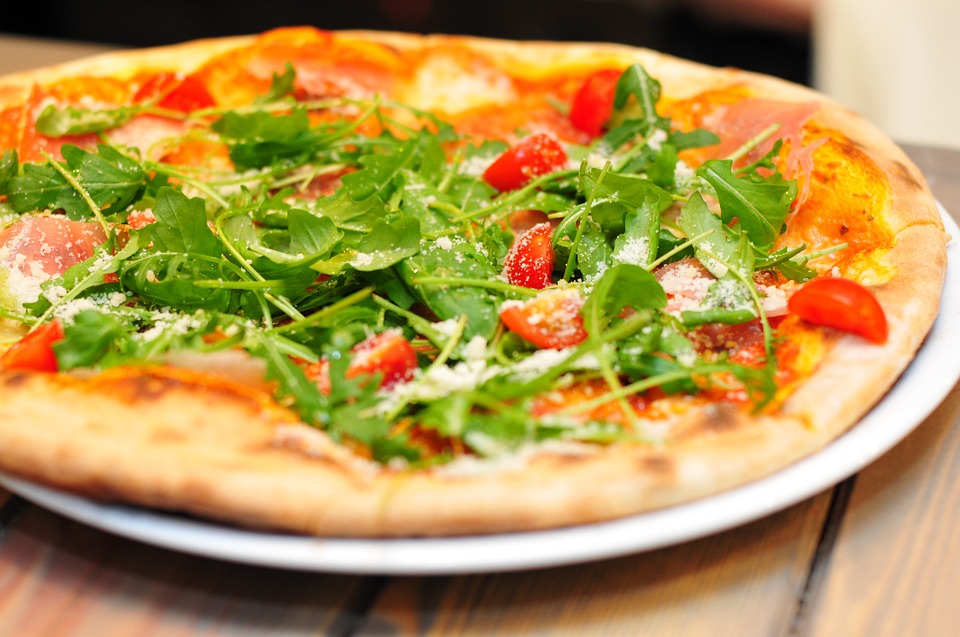 The Five Best Pizza Toppings Ever

The Five Best Pizza Toppings Ever