How to Salvage a Friendship or Maybe Make a New One

When I was young, as I am sure you can attest to, sleep overs were the apex of fun and happiness. They were the sine qua non of friendship. All through elementary and middle school, nights would be filled with all sorts of fun forays, depending on whose house I was staying in. Sometimes, they were filled with late night expeditions to cook chicken nuggets in the downstairs kitchen. Other nights I spent in the woods beyond my neighborhood looking for ways to stop the rednecks from having fun in those same woods.

In high school, these activities dropped off substantially. Between gearing up for college, drama club, and sneaking into my girlfriend’s house to have sex, there wasn’t time to do much else. It’s a precursor to being a real life grown up.

Because in college, the number of sleep overs you can have is likely to increase based on what you are into. If you’re into drinking, carousing, and eschewing classes (me, me, and me) you can have all sorts of sleep overs. But they are less for forging bonds and learning how to interact with people and more about utility. Sex being the exception because it is quite the bonding experience.

Those Friendships are Different

It’s not harder, per se. It can be, though. In your early 20s and even when you’re younger, you have ample opportunities to make friends. You go to school. You go to drama club after school. Field trips. Thespian festivals. You’re inundated with external sensory overload, and you are surrounded by people who you will eventually filter through and invite into your tribe. Your squad. Your crew.

After that, you go to college. Some of your squad will go with you. But you will be surrounded by more prospects for your crew. This is when you notice some of you will drift apart. Some of you will major in humanities. Others will get a STEM degree. Others will drop out, go on the five (or eight) year plan, and still, some of them might die. Some of those unfortunate events you cannot help. Others you are likely better off not trying to stifle the departure. Social circles ebb and flow. They might come back to you in a different context.

In what seems like a different life, I was in a technical death metal band. Djent is the common name for it. Some of my band mates I had known since we were in single digit age range. Others I met when I was a teenager before I had even entered high school. In 2009, right after I turned 23, one of my mates came to me and said “[The other guitar player] molested [a child].”

After a hard pull of a Marlboro red, I glimpsed through the smoke my future crumbling over the foundation I had previously lain. I asked The Singer, “What the fuck are we gonna do?”

“We have that big Valentine’s Day show with Six Feet Under Coming up. We sold tickets. I think we should honor that commitment as professionals, at least.”

With a sullen look, he agreed. “Yeah.”

It still didn’t make up for what happened to [the child], though. It never will. Fuck him. The Singer quit the band, as anyone with sense did. At 23, I had no sense. I waited six months, stayed super depressed, and drank too much coffee. When I realized Chester wasn’t going to change, I quit the band. I hauled my Bastard V, my Seven String Jackson, and four other guitars across the street in the same apartment complex and moved into Chester’s now ex-girlfriend’s apartment and slept on the couch. Good times. Fucking weird times. Painful, too.

Fast forward eight years, The Singer and I—after 25 years, hundreds of D&D sessions, performing for crowds big and small—no longer slay any dragons together. At some point, despite a lot of the sameness, the path split. One path refuses to grow because it can’t see the light. Should that change, I might be around. But I can’t be certain. But I hope you find your way.

In 2011, I got a job at a beverage company. You might have heard of it, it’s got the same name as a popular recreational drug. I had an interview on a Friday in July at Coca-Cola. After the interview, I went to my grandmother’s funeral. On the way there, Coke called. I got the job. Being me, and hating authority, loathing being told what to do, and highly intelligent, I soon realized I did not like the job.

“Thank you for choosing Coca-Cola, have a great day.”

With that in mind, there were people there with whom I had at least one common hatred. I still talk to some of my old coworkers every now and then. But not too often. I spent most of my time reading. I would never have gotten through A Song of Ice and Fire had it not been for Coke. And it was by way of my insatiable love of books I met a few of my work friends. As it turns out, others like to read, too.

At this same time, The Singer, his current wife, and I were living in a nice house in Wesley Chapel. So we were no longer band mates, but we had fun nights of Mortal Kombat and me deftly avoiding his conspiracy talk, which should have been a sign of things to come.

Then, 2014 came. I planned on quitting the Coke business, but I got fired before I could. On the bright side, I can finally enjoy an ice-cold Coca-Cola again. Leaving Coca-Cola—while not on my own terms or in the way I had envisoned—was the kick in my ass that I needed to do what I do now. But not having a place to hang out with people every day and working from home is another hindrance to actually making friends.

However, there exist other ways. In the entrepreneurial space, it’s called “networking,” which has its own set of rules and etiquette. For the most part, “etiquette is a set of rules people use so they can be rude to each other in public,” if you follow Rothfuss’s line of thinking. But throughout these networking events, you meet wonderful people. And they may start off as coaches, or acquaintances. Some might take your money, and tell you to fuck off after the time paid for expires. Others will become your best friends. And they will legitimately care about you. The downside is you might have to fly across the country to see them. But then, it’s a higher level of quality in the relationship. And that makes all the difference.

And given the online world fostering connections among many, you might find yourself talking about truck nuts with someone as you mourn the death of someone. Then you’ll sky-rocket into making one of the best friends you’ve ever had. All before you’ve even met them. But sometimes you just know.

The Road Ahead: Friendship as You Age

In my not so humble opinion, the better focus is on the quality of the friendship. Find those friends for whom you’d either kill or die for. And mean it.

Did you like that? Enter your email for more updates. You’ll also get a free four part course on flexible dieting. You’ll learn what “good carbs” are versus the “bad,” how to drop fat, and what you can do to eat in a way that’s sustainable for you. 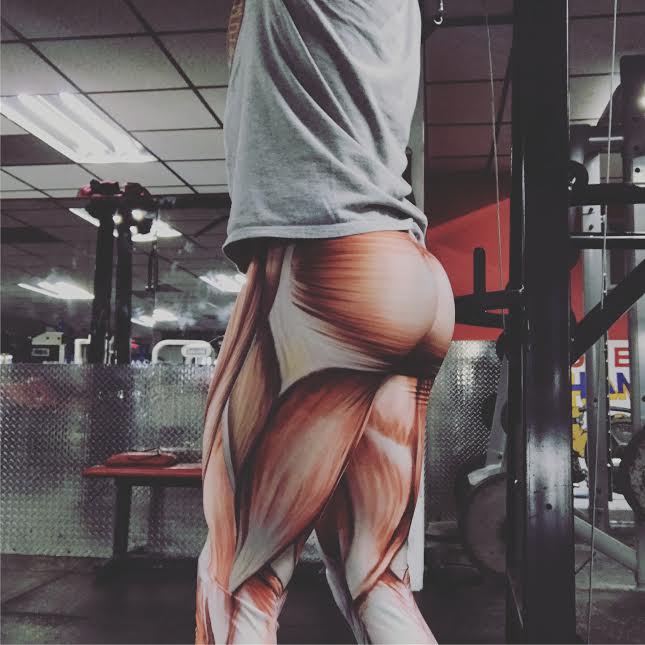